The late Chief Executive Officer (CEO) Bob Collymore and Wambui Kamiru got married officially in April 2016. However, the two love birds had been in other marriages prior to this one. 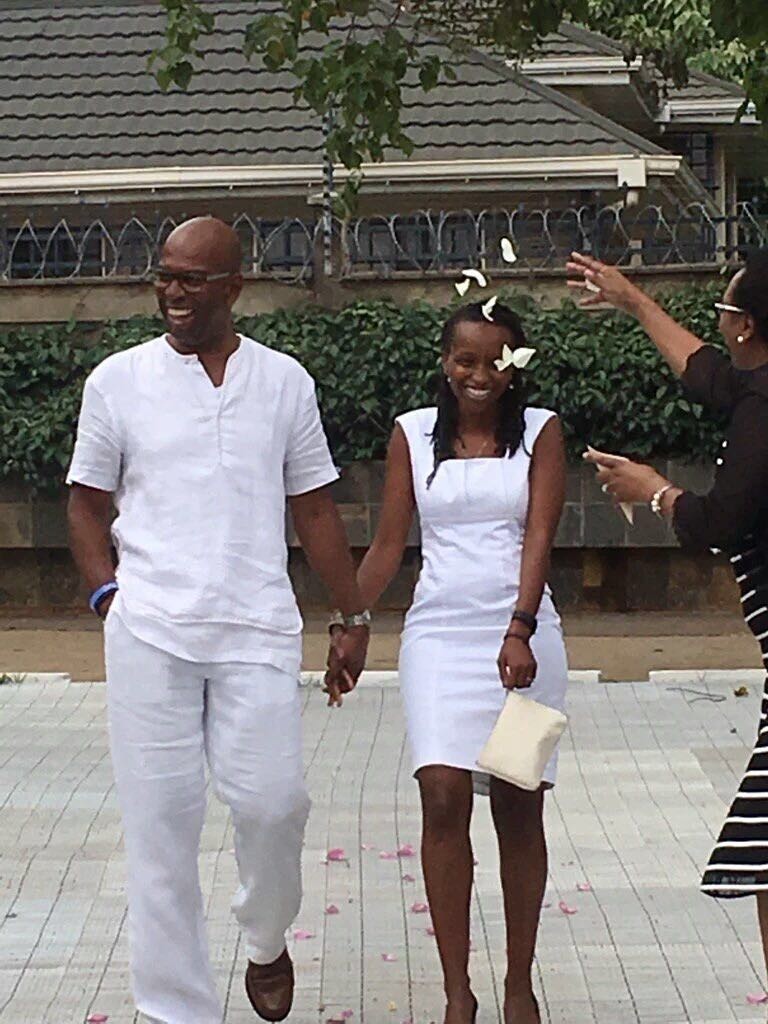 Initially, Wambui Wamae Kamiru was married to Joseph Kinyua in 2007 and together they had three children; two of them being twins.

For the record, Bob and Wambui never had a child

Just before the marriage, Kamiru deserted her family; husband and kids for the wealthy CEO. Later, he filed for divorce reporting domestic violence propagated by Kinyua. Similarly, the husband filed another suit accusing Kamiru of infidelity. This was in 2012.

On the other hand, Collymore had been in two marriages before meeting Kamiru. Even though Collymore never spoke much regarding his first marriage, what we know is that it was in his 20s. According to him, the first marriage was a mistake.

The late Safaricom CEO said during an interview in August 2018 with the Daily Nation Newspaper.

When the first marriage came to a halt, Collymore easily accepted and moved on and a few years later, he fell in love again with a woman by the name Clare. They married and together had two children but fate would late them be together.

Collymore and Claire divorced in 2012. Remember, it is in this year that Wambui also divorced with Kinyua and Collymore was already in Kenya. Rumors have it that their infidelity acts are what led to the divorce in both families.

“The second one was not a mistake, what was a mistake was how we conducted it,”

However, after Collymore divorced Clare, they remained friends and when Collymore was in London hospital, she often visited him. Clare also became close to Wambui and even invited her to her home while she was nursing her husband while in hospital.

In one occasion, the late CEO said

“Now we’re actually very good friends with Clare because we have children in common and she has been very very supportive because she’s gone through cancer herself in the UK and she kind of gives me tips on how to deal with some of the challenges that I face with the chemicals they’re about to pump into me. She frequently reached out to Wambui and say why don’t you come down for the weekend?”

He also said that clare had moved on and even found a fiancée that they were to be married in 2019.

“They’re getting married again next year. He’s a good man. He would go to such extent just to make sure that I can see my daughter. When I was sick he would drive her and then leave her for the Saturday,”

The 61-year-old British Safaricom CEO died on 1st July 2019 and was cremated on Tuesday at Kariokor Hindu Crematorium in Nairobi.

Is Rayvanny Cheating On His Baby Mama Fayvanny With Elizabeth Michael?

J Blessing Sends A Sweet Message To His EX and Baby...